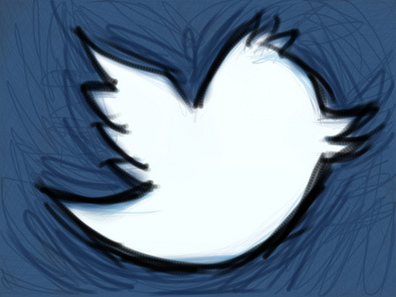 Over the course of the term, you will be writing what Jesse Stommel has called "Twitter essays." He writes, "[S]tudents condense an argument with evidentiary support into 140 characters, which they unleash upon a hashtag . . . in the Twitter-verse. Tweets often attempt to convey as much information in as few words as possible."

Your Twitter essay process will work as follows:If you need some help getting started, Stommel's article contains some examples, but here's one that might be appropriate for a course such as this. If I were writing about Ralph Vaughan William's Fantasia on a Theme by Thomas Tallis, my Twitter essay might look something like this: RVW's second antiphonal string orchestra creates a soft afterglow effect after the first orchestra's loud declamatory chords #MTH331 #FantTT. If I didn't have enough room for my ideas, I could trim here and there to make some room. If I trimmed it down (RVW's 2nd antiph. strg orch creates soft afterglow effect after the 1st orch's loud declamatory chords #MTH331 #FantTT), I could have room or another 23 characters. Notice that I trimmed it down in such a way that the meaning is still clear. Be careful when abbreviating or leaving out punctuation that your intended meaning is still there. Your peer reviewers will probably let you know if you lost the meaning.

In class, we will discuss the insights raised in the Twitter essays, so this whole process must be complete in advance of the coming class meeting.
All contents on this site, unless otherwise stated, are copyright 2013–16 by Enoch S. A. Jacobus and licensed under a Creative Commons Attribution-ShareAlike 3.0 Unported License.
Powered by